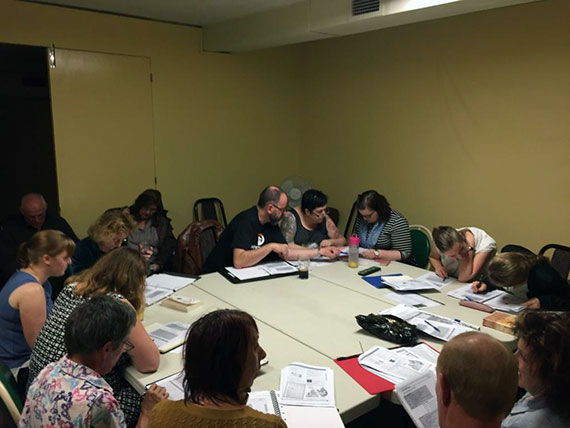 The Celtic Club continues to support other organisations who share the same or similar cultural outcomes as what is expressed in our Club Purposes.

Gaelic language classes have been held at the Celtic Club for many years now and we continue to support both the Irish & Scottish language classes at our Admin Centre, Level 1 420-424 William St West Melbourne.

Note: Welsh Classes are currently being held at the Welsh Church in Latrobe St.

Normally Cumann Gaeilge na hAstráile runs a variety of classes on Tuesday nights from 7:30 pm to 9:30 pm at the Celtic Club offices, catering to all levels, but because of the COVID-19 crisis we are now running two online classes, Beginners and Advanced Intermediate. More details about the association and classes can be found on our website — gaeilge.org.au — and you can also find out more by e-mailing us at eolas@gaeilge.org.au .

Over the Australia Day long weekend the Cumann also runs a summer school, Gaeltacht Melbourne, held at Melbourne University’s International House. This is a four-day immersion course for everyone from beginners to advanced. In 2021, this is likely to be a scaled-back online event. Scoil Gaeilge Sydney run a similar winter school, Scoil Gheimhridh, over the Queen’s Birthday weekend in Sydney.

The fortnightly Ciorcal Comhrá (conversation circle), normally held at The Last Jar, has been cancelled since the virus, but we‘d like to hear from you if you’re interested in attending an online version. Contact us at eolas@gaeilge.org.au

If you’ve been away from the language for any length of time, or you’ve never studied it, try some Irish phrases. This is your opportunity to refresh, or start out, with some nice simple words written phonetically to ease you into it.

How are you? (Munster)

How are you? (Connacht)

How are you? (Donegal)

What is your name? (Munster)

My name is John. (Munster)

The Scottish Gaelic Society of Victoria

The Scottish Gaelic Society takes part in various Scottish events and the Society tent is present at the various Highland Games around Melbourne. The Society runs workshops in language and music at the National Celtic Festival in Portarlington.

The Society website is at http://www.scottishgaelicsocietyvic.org/. The Society can be contacted through the email address shown on the website.

Scottish Gaelic language classes, at beginner and advanced levels, are held on Wednesday nights from 7:00 to 8:30 pm during school terms at the Celtic Club, 1st floor, 420-424 William Street, West Melbourne. Students are welcome to join the classes at any time, but we advise that absolute beginners would find it easier to join the class early in February of any year. However, the classes are not too difficult and beginning students who start during the year could catch up if they did extra study at home. Students are able to borrow books from the Society’s library. Class members are required to pay the annual membership of the Scottish Gaelic Society of Victoria. The annual subscription is modest and is determined each year at the AGM in May. Fees for our language classes cover costs and are determined by the students each year.

The Scottish Gaelic language, is one of the Goidelic languages. Its origins are in Middle Irish which was the language of Ireland, most of what is now Scotland, and the Isle of Man from the tenth to the twelfth centuries. After the twelfth century, Middle Irish began to develop into Gaeilge (Modern Irish), Gaelg (Manx), Galwegian Gaelic and Gàidhlig (Scottish Gaelic). Scottish Gaelic is at the very heart of Scotland’s history and culture and its imprint is almost everywhere in the nation.

Choir rehearsals are held from 10:30 am to 12:30 pm on Wednesday mornings during school terms at the Kildara Centre, rear 39 Stanhope Street, Malvern. You do not need to know Scottish Gaelic to join the choir because the songs are taught phonetically. You do not need to know how to read music as traditionally, our music is learned by ear. People from all backgrounds, of all ages and from all sections of the community join the choir. All that is necessary is a love of music, an interest in Gaelic, and above all, the ability to enjoy the experience! The choir is looking for new members, so if you would like to sing in Scottish Gaelic, just drop in on a Wednesday morning. Choir members are required to become members of the Scottish Gaelic Society of Victoria. The annual subscription is modest and is determined each year at the AGM in May. Choir fees cover costs and are determined by its members each year. 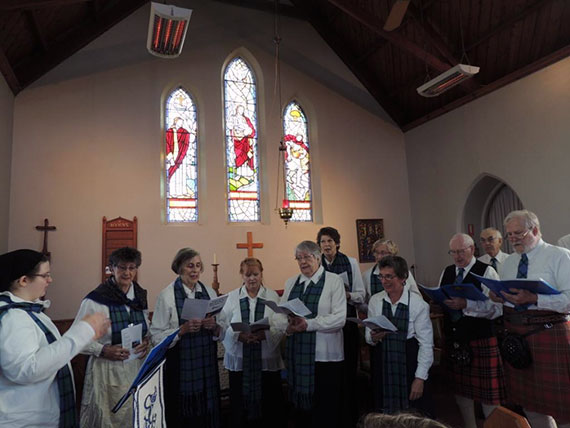 Have you visited our Events page https://celticclu

We are underway at our St Patricks Family Day with

In keeping with our commitment to ensuring that Me

A GREAT NEW WAY TO CELEBRATE ST PATRICK'S DAY! A

Dear Members, I wanted to check in with you all a

In his latest video update, our President shares i

Dear Members, As per my commitment to at the Mem

As per my commitment to at the Members' Forum, I a

Join us on January 21st, for our first Members' Ev

The Celtic Club was successful in securing a grant

TRIVIA NIGHT IS BACK! . Don your spookiest Hallowe

TRIVIA TONIGHT! The Celtic Club Melbourne will be

Heaven in a glass! Who else is missing a freshly p